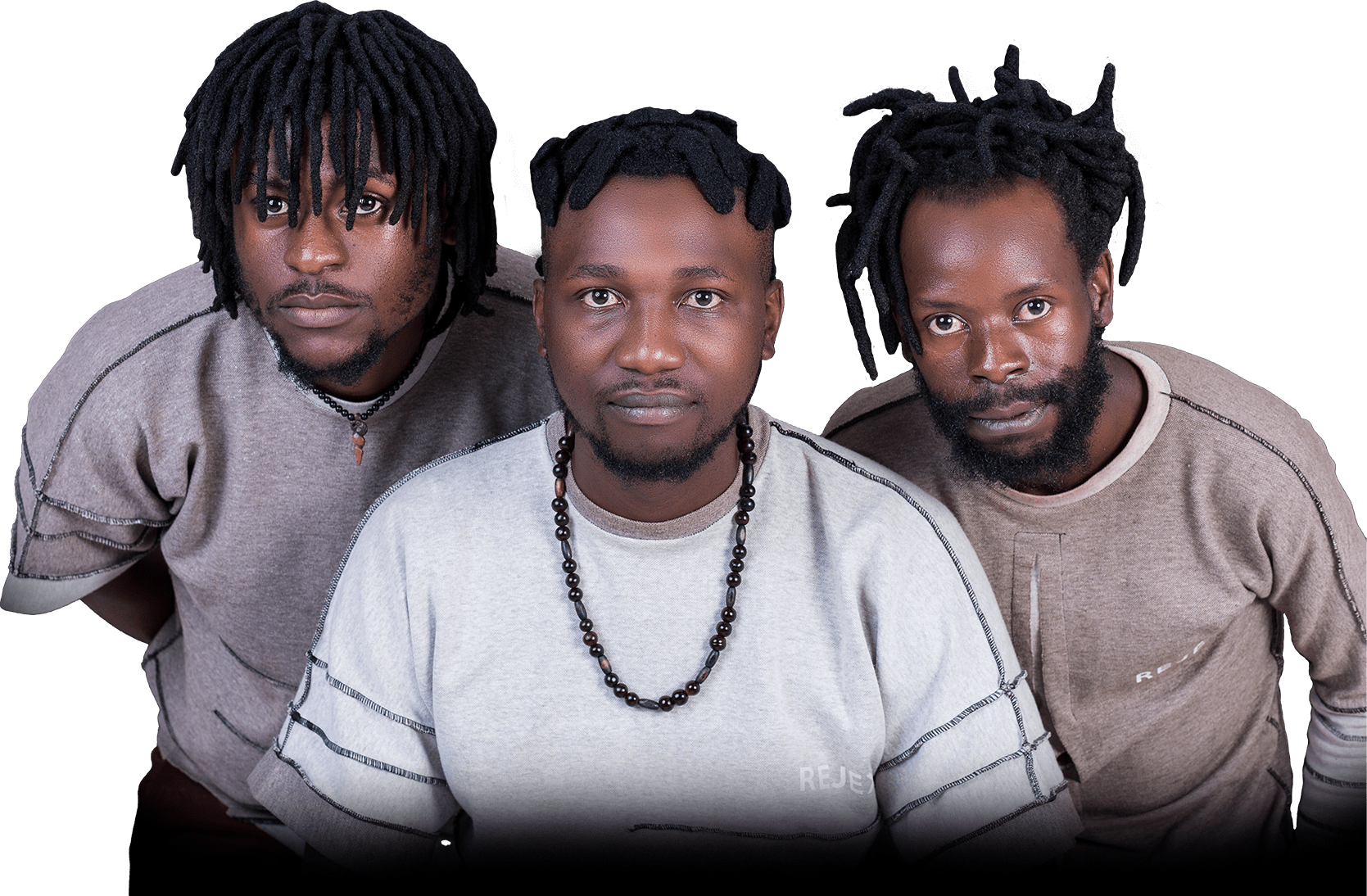 Gwevedzi is a vibrant Afro acoustic band which vividly brings simply wordplay, rhythm and melody all in perfect harmony into a lived experience. The band commands local and international attention with their authentic and rare Zimbabwean sound infused with the blending of mbira, percussion, guitars, drums, saxophone and enthralling vocals. Gwevedzi music roots are embedded in deep Shona lyrics with a fusion of other languages that are appealing to listeners of all age groups. Gwevedzi derives its name from the Shona word which is given to a suitor’s messenger in the courtship process as per Shona culture.

The Trio was born and bred in Dzivarasekwa and drew inspiration from the likes of Oliver Mtukudzi, Bhundu Boys and Mbira DzeNharira hence the zeal to tell colorful stories that depict everyday realities through rhythm, words, cultural diversity and harmonized vocals.

One of the most popular songs by the band is Ndinouya which reflects on the contemporary devasting migration of Zimbabweans to the Diaspora in search for greener pastures while simultaneously navigating the dynamics of long-distance relationships.

Since its inception in 2016, Gwevedzi has released two albums namely Tsambo and Nhugo which have seen their tracks being nominated for best soundtrack in the movie "Mirage" directed by Malaika Mashandu at the Africa Movie Academy Awards. Also, tracks like Vhunze have been title tracks for the local production series Vhunze which was screened on ZBCTV. The band also runs a project titled "The Gwevedzi Experience" which is in alignment with their vision.

As a result of their growing fanbase Gwevedzi has performed in South Africa and at local festivals like the Jacaranda Music Festival, Amplifaya Festival and has also opened an act for Mookomba.

Castle meets a young girl at a bar who insults him. The girl later calls a Russian gangster, requesting a meeting to sell some photos. Unknown to her, the gangster is tied to a chair and being interrogated by a man looking for the photos.

Castle and the girl check into a motel and has her treat his wounds. The girl says her name is Rachel and Castle interrogates her about why people are trying to kill her. The gang that attacked them tracks them to their motel.

Castle and the girl check into a motel and has her treat his wounds. The girl says her name is Rachel and Castle interrogates her about why people are trying to kill her. The gang that attacked them tracks them to their motel.